Unlike many modern households, we always have a real tree. I would love to actually have a live tree that can be transferred into the garden in the new year, but until I can persuade my dad, who insists on buying it, to change the habits of a lifetime we’ll continue to have a cut Norway Spruce. My favourite thing about having a real tree is definitely the smell. I don’t like having to hoover up the dropped needles, however. This is the main reason we have it in the conservatory rather than the lounge nowadays – there’s an outside door and no carpet! The only problem is that we have a tendency to keep the conservatory door closed which stops the spread of the beautiful smell.

All of the decorations were facing outwards when I hung them. They all now seem to have turned their backs on me!

Many of the decorations that adorn our tree have been in use now for decades. We’ve had Santa Ran-tan since the late 70s / early 80s. My oldest brother, who was at that time only a toddler, named it. The rest of us have no idea what the name means.

Two of my favourite decorations are a pair of little wooden snowmen. The first of these, like Santa Ran-tan, we’ve had for decades. The second is from the very first box of decorations that I bought whilst living on my own.

Our tree topper is an angel that my youngest brother made at primary school in the late 80s / early 90s. One year I tried to replace it with a pretty, shop-bought star. He was not impressed! The first thing he did when he arrived was put his angel in its proper place. I’ve not tried to replace it again.

Usually we try to buy one new decoration each year. This year, because of Covid restrictions, we’ve not done so. Instead I’ve been having a play around with my felting wool and have made a few bits and pieces. I shared my holly and my Holly King picture at the beginning of the month. I also made a little Holly King tree decoration.

My next task to ready the house for Christmas / Midwinter is to bring in some holly. But that will be tomorrow…

That’s all for today. How have you been connecting with nature recently?Let me know in the comments below.

My Tweets
Join 5,182 other followers 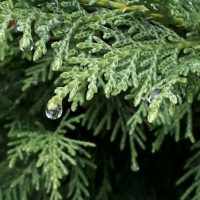 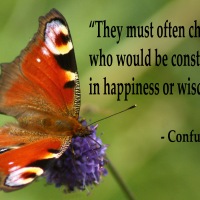