After a long week of no internet I’m finally back on my blog. Yay! My connection is still very dodgy so I apologise in advance if I suddenly vanish again. It’s a hazard of living in a small village. I had intended to post last night but no such luck. My plan is to visit everyone’s blogs over the next few days so fingers crossed that I stay connected long enough to do so. I’ve missed you all!

Anyway, it’s  a new month and so time for a new image for Robyn’s One-Four Challenge.

As usual for my first edit I kept this one relatively simple. I began by opening it in Camera Raw where I slightly decreased the exposure and gave the clarity, vibrancy and contrast a little boost. Using Photoshop Elements 13 I then cropped it and used the clone tool to clean up a few areas – such as the blue plastic bag in the water! I finished by adding a faint blue filter to the sky, deepening the colour to match my memory of the day.

Here’s the original image for comparison:

This month’s picture was again taken last November during Photography 101. The castle in the background is Newark Castle, a 12th Century fortification on the River Trent. As a stronghold of the defeated Royalists, much of the castle was destroyed (or ‘slighted’) by the Parliamentarian forces in the aftermath of the  English Civil War in the 17th Century. All that remains today is the wall along the river and a gatehouse. One of the place’s main claims to fame is that King John (familiar to many from stories of Robin Hood) died whilst visiting there in 1216. The boat in the foreground runs trips during the summer months along the river to the nearby village of Farndon – where we lived until I was 5 years old and we moved into Newark itself. 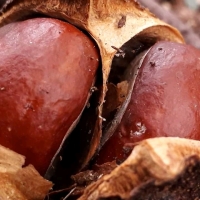 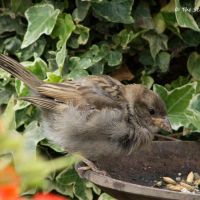