This post is for the Flash Fiction for Aspiring Writers (FFfAW) Challenge, run by Priceless Joy. This week’s photo prompt was provided by Vanessa Rodriguez. The challenge is that you write a story of 75-175 words inspired by the photo prompt below. I hope you like it.

Dana’s hand tightened on Jacob’s as she caught sight of the grapevines striping an undulating landscape.

“Oh Jake, this is…” Her voice caught. Tears gathered, threatening to overflow, and she brushed them away, leaning into Jacob’s support as his arm wrapped around her. “How did you know?”

“I know you,” he murmured in reply.

The ephemeral sweetness of ripening grapes carried on the breeze as they walked between the vines; sunlight warming skin. Dana breathed deeply, reawakening memories of carefree days among the carefully tended plants of her grandfather’s vineyard.

She’d taken it for granted, assumed it would always be there. How wrong she’d been.

How wrong they’d all been.

The impact of the asteroid had choked Earth’s beauty beneath a cloud of ash. Firestorms consumed the land. Whole populations were lost, only the lucky few already off-planet surviving. Dana was one of those few. As was Jacob.

Now the holographic chamber was the closest to home they’d ever get. At least with Jacob’s realistic simulations they could pretend – even if only for a while.

In case you were wondering, yes, the holographic chamber is based on the Holodeck from Star Trek…

24 thoughts on “FFfAW: Memories of Home” 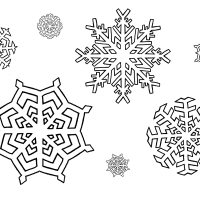