This is my entry into the Picture it and Write creative writing challenge hosted by the authors of Ermiliablog.

Lyla gave an undignified squawk as the gravelly voice sounded from the darkness ahead. She’d not considered the possibility of encountering people during her excursion.

“I can go wherever I want.” She raised her chin defiantly, only to shiver and fight the urge to scurry back up the staircase as a figure emerged from the shadows.

Raised in the Penthouse, she’d always felt a sense of security; constantly watched by the mechanical eyes that tracked each privileged inhabitant. Even on those rare occasions when her parents allowed her to descend a few levels she was accompanied by android guards.

She’d always been fascinated by the landmass miles beneath them: by dirt and plants, trees and animals. From the top of the structure that housed millions she couldn’t even see the ground. Her view consisted of sky above and clouds below. The lowest she’d ever been permitted to travel was to level minus-five. Mother and Father had been adamant she not mingle with anyone of undesirable social stratum.

She didn’t have to listen to their mandates any more. As of yesterday she was finally of age, free to go wherever she wanted – and she wanted to see the ground.

As the man stalked closer, a strange smile on the face barely visible in the gloom, she began to reconsider – the safety of the Penthouse suddenly looked very appealing.

Maybe she should have brought an android…

This story has been an absolute nightmare to write. I’ve nearly given up on it several times. I seem to have spent all day writing, re-writing and re-writing again. I’m not even completely happy with it now but I’d like to post it while its still Tuesday if possible! 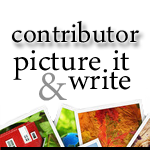 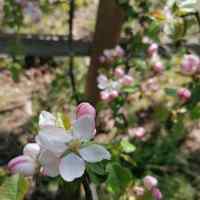 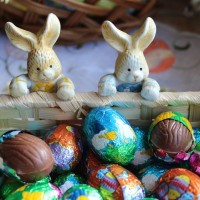