This is my entry into the Picture it and Write creative writing challenge hosted by the authors of Ermiliablog. This is actually the second time I’ve posted this. I originally posted it in two parts, but for some reason the first part vanished. I thought I may as well put them together. The beginning is a little dark.

He was so tired of running.

Sometimes it seemed he would never stop, hounded as he was by a frenzied host of disappointments and mistakes. How had so much changed in such a short time?

Drawing the blade from its sheath, Andein considered the single remnant of his past. It had been in his family for generations: a gift from the gods to the first kings of Ilreia; a symbol of the power and influence they’d once wielded.

That was all gone now.

Andein ran a finger down the length of the shimmering blade, watching the colours shift and swirl as the spirits bound within responded to the human contact. He couldn’t help but wonder how it would feel as the blade cut into his flesh, allowing his life-blood to run free.

What did he have left to live for, after all? He’d lost everything, everyone. He was destitute: no home; no money; no friends. His life was ruined and the blame was his alone.

His fingers wrapped around the hilt and he lifted the blade.

I’ve had a number of lovely comments recently about the hopeful tone of many of my stories and it got me thinking. I like to include hope. I’m quite a positive person, generally, and this seeps in to my stories. But I do also like to explore slightly darker emotions in my writing. I like to send characters to their breaking point, where they feel they have no hope left at all.

I also like cliff hangers. This one isn’t too nasty.

You’ll be pleased to know that the story is continued just below.

Andein was prepared for pain, prepared for death, as he pressed the blade against his flesh, drawing blood. He wasn’t prepared for the burning sensation that spread from the point of contact, or for the tendrils of alien thought that twined through his mind, locking his hand in place.

As the first drops of blood caressed the blade’s edge, the spirits housed within cast their influence upon him. Their voices echoed through his thoughts, chattering unintelligibly. Images flashed before his eyes in a dizzying kaleidoscope: men, women and children cowering, scared; in need of protection; in need of hope.

He was shaking. He wanted to drop the blade but couldn’t flex his fingers to release the hilt. Madness threatened.

The voices finally coalesced into a single entity. “Protect them,” the order sounded.

“How can I?” A sob tore from his throat as he shook his head. “I’m nothing. I have nothing…”

How could he refuse?

“Yes.” Peace descended as he accepted their charge.

And hope is returned!

Thinking about the nature of hope in my writing also had me thinking about the types of characters I like to read and write about. I have a definite tendency to a certain type. I always have. I grew up with stories of Robin Hood (I’m a Nottinghamshire girl, after all!) and discovered Zorro around the age of 11. I read baroness Orczy’s ‘Scarlet Pimpernel’ aged 13 and Dumas’ ‘The Three Musketeers’ a few years later. I love superheroes – as well as seeing the new Avengers movie last week I also recently binged on Netflix’s Daredevil. I love The Magnificent Seven, Merlin, Supernatural. I could probably continue for quite some time.  The characters I like all tend to be protectors. 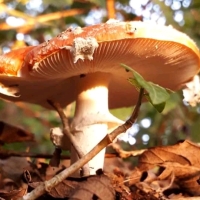