Carnaby Street has been renamed and transformed into a pollinators paradise for Defra’s third annual Bees’ Needs Week. From Monday 9 until Friday 13th July you can pay a visit to ‘Carnabee Street’ and discover what can and is being done to help our pollinators.

This year Defra has partnered with Carnaby London, the leading West End shopping and dining destination, in order to promote the bee and pollinator action being taken around the UK. The intention of Bees’ Needs Week is to raise awareness of what people can do to help out the bees.

If you’re in London this week pop along to the renamed ‘Carnabee’ Street , from 9th July it will be buzzing for ‘ Bees’ Needs Week ‘ to raise awareness of the importance of our bees . @DefraGovUK @BumblebeeTrust #beesneeds Find out more . . . https://t.co/esRdbvlRxv pic.twitter.com/FXwoKm8Oqz

Not only are bees and other pollinators vital contributors to the beauty of the landscape, they’re also vital to the economy, pollinating many of the crops that make up the UK’s £100 billion food industry. It is because of this that the UK Government has recently taken several actions in order to help protect bees.

Firstly, the Government is developing a Nature Recovery Network in England, providing 500,000 hectares of additional wildlife habitat. This will more effectively link the protected sites and landscapes that already exist, whilst also improving access to habitat for pollinating insects. This is alongside the 47% of new Countryside Stewardship agreements that have included the Wild Pollinator and Farm Wildlife Package since 2015. This package ensures that a minimum of 3% of the farm is converted to habitat for farm wildlife, including pollinators. As well as loss of habitat, another threat to bees has been the use of neonicotinoid pesticides. In November 2017, the Environment Secretary Michael Gove announced that the Government supported further restrictions on the use of three neonicotinoids, followed by the UK voting in favour of the EU Commission’s proposal to ban them in April 2018.

The Department for Environment, Food and Rural Affairs (Defra) has funded new research by the University of Exeter, where they’ve found a way in to track invasive Asian hornets back to their nest. These hornets prey on honeybees. Being able to track the predator back to the nest will enable inspectors to take swift action and destroy them. Their love of bees doesn’t stop there, however. Defra has also provided a home for the rare Black Bee, a species that was one the verge of extinction only a few years ago, in hives on the roof of the department’s London building.

It is inspiring to see such a wide range of organisations celebrating these essential creatures for this unique Bees’ Needs campaign – showing us that all of us can play a part and help pollinators to thrive.

Bees’ Needs Week isn’t just about what the government is doing to help bees. It’s also about celebrating the actions of conservation groups, industry and retailers from around the UK. There are two schools in particularly whose work to help pollinators thrive has been particularly inspiring: St Alban’s Primary in Havant, Hampshire and Trythall Community in Penzance, Cornwall. These have been awarded the Pollinator Champion Award by Biosecurity Minister Lord Gardiner in recognition of their invaluable work in helping pollinators thrive. The awards were presented at Carnaby Street on Monday.

A wide-range of organisations are also being celebrated in The Hive, the popup discovery center dedicated to pollinators that has been set up at number 3, Carnaby Street. These include the Royal Horticultural Society (RHS), who are handing out pollinator-friendly seed packets as part of their Blooms for Bees project. The London Honey Company are offering free honey tasting. A group from Reading University are present, showcasing their research. A Bumblearium has been installed, offering people a window into the secret lives of bees. Last year’s Pollinator Champion, Rebecca Twigg, is also present in the Hive with her augmented reality bee trail. In addition to this, Wildflower Turf, the company behind the countryside landscape of the London Olympics opening ceremony, have decorated the Hive to showcase some of the most beneficial native wildflower habitats for pollinators.

Bees’ Needs Week is about celebrating the fact that everyone can get involved by growing more flowers, leaving patches of garden to grow wild, cutting grass less, not disturbing insect nests, and thinking carefully about using pesticides.

That isn’t everything happening on ‘Carnabee Street’, however. The Hive is also host to fun, educational games, plus installations and talks in partnership with Defra alongside a variety of charities, universities, businesses and landowners. The iconic Carnaby Street arch has been given a bee themed makeover, and there’s a trail that visitors can follow around the area’s 14 streets, with illustrated bees by London based artist Lizzie King on the windows of participating shops and restaurants, many of which have created bespoke bee themed products, such as menus, cocktails and offers, to raise awareness of the Bees’ Needs campaign. Much of the area is already very bee friendly, with numerous pockets of pollinator-friendly plants. There are hanging baskets and window boxes, green walls and roofs. Some rooftops even have beehives on them.

If you’re in London this week, why not visit and see what you can do to help our pollinator friends. 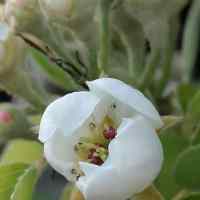 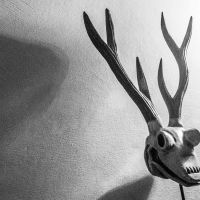 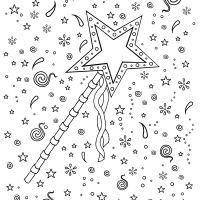 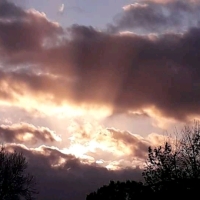 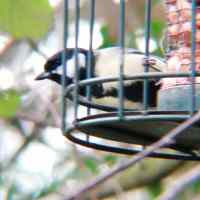