on the lonely roadside,

on hands and knees,

that aches and pains

The first picture is the Lanyon Quoit, the most well known of the Cornish quoits due to its position beside the road between Madron and Morvah. It dates back to the Neolithic, though its exact age is unknown. It sits at the northern end of a long barrow, though whether it was ever actually covered in earth is debated. Until 1815, when it collapsed in a storm, it had four support stones and was tall enough for a man on horseback to shelter beneath. One of the stones, unfortunately, was so badly damaged that when it was reconstructed nine years later only three stones were used, leaving it smaller than it had been previously.

The second is the Mên Scryfa. This is thought to have originally been a prehistoric standing stone, though it has an early christian inscription carved into its northerly side (dating from the 6th-8th centuries) for which it is most well known. The inscription reads ‘Rialobrani Cunovali fili’ in Roman script. This translates to ‘Rialobranus son of Cunovalus’. The names then translate further into ‘Royal Raven son of Famous Leader’.

The third picture is of the Mên-an-Tol, an arrangement of stones thought to date back to either the late Neolithic or early Bronze Age. Its exact configuration has changed many times over the years. A sketch of the site made in 1749, when it was first archaeologically investigated, show the stones at right angles rather than in their current straight line. There are also several other stones still buried in the area and it has been suggested that the standing stones were actually once part of a stone circle, with the holed stone either at the center of the circle or at the entrance to a nearby tomb. Local folklore says that climbing through the hole can cure your ills. I decided not to try it.

← Soar
FFfAW: The Birth of Ambition → 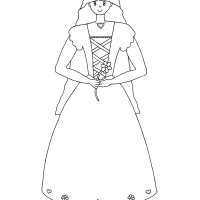