More than anything else in the whole wide world they want to go to the pixie party. There the pixies dance among the toadstools, strings of multi-coloured firefly lanterns lighting their dancefloor.

There’s only one problem – Sephie and Merelda are far too big to dance with the pixies.

But they have a plan.

They put on their best party dresses and skip down the road to town. There they see a familiar wizard selling magic potions in the marketplace.

“Old Wizard Woo,” Sephie asks, “can we buy a potion to make us really small?”

“As small as pixies,” Merelda adds.

“Hmm.” The old wizard strokes his beard. Sidney Spider peaks over the brim of his hat. “I think I might have something…” He rummages through his basket and pulls out a bottle. The words ‘Shrinking Potion’ curl across the label.

The sisters pay him a small golden coin.

“But what do you want a shrinking potion for?” the wizard wonders, blinking owlishly.

“To dance at the pixie party, of course!”

Old Wizard Woo scratches his head as the girls begin to skip away. “I’m sure that’s not a good idea,” he murmurs. “If only I can remember why…”

Sidney Spider spins a web down to the wizard’s ear and whispers “They musn’t touch the toadstools!”

“That’s it! Of course! Don’t touch the toadstools!” Old Wizard Woo shouts after them. The sisters wave back. He just hopes they were listening.

Sephie and Merelda walk through the Enchanted Forest, following the faint sound of music drifting through the trees. The pixies live deep in the forest, where the toadstools grow big enough for them to live inside. The sisters creep close until they see the pixies dancing.

They each drink a mouthful, pulling faces at the taste. A golden glow surrounds them and they begin to shrink. Soon the girls are no taller than pixies. Blades of grass tower around them like the trunks of trees.

“It worked! We’re small!” Grinning and laughing, they join the party.

Sephie and Merelda dance for hours, jumping and skipping, swirling and twirling. They make lots of friends. Their feet fly as they laugh and spin.

They’re having fun until suddenly Sephie stumbles dizzily and falls against a toadstool house.

Merelda gasps, remembering the wizard’s warning. “Don’t touch the toadstools!” he’d told them. She runs to her sister’s side but she’s too late. Sephie has already fallen into a deep sleep.

The pixies stop dancing. The musicians stop playing their instruments. All of their new friends gather around.

“We’re not pixies,” Merelda admits sadly. “We drank a shrinking potion. The wizard warned us not to touch the toadstools.”

Merelda starts to cry. She doesn’t want her sister to sleep forever. “Is there nothing you can do to help?”

“You could always ask the pixie witch for help.”

“Ssh, Tixel,” the others say, shaking their heads.

Merelda looks at the gathered pixies. “Who’s the pixie witch?”

Tixel shakes his head. “She’s not that bad,” he tells Merelda. “Though she can be a bit grumpy. I’m sure she’ll know a spell to wake your sister up.”

“Please take me to her?” Merelda begs and Tixel agrees.

The pixie witch lives in a hole in a tree not far from the toadstool village. Merelda and Tixel are soon clambering up the roots, knocking against the wood as they shout “Hello!” into the witch’s home.

“Who’s there?” a croaky voice calls out. “Go away. I don’t want visitors.”

“I need your help,” Merelda told her.

“Please! My sister’s in trouble. We drank a shrinking potion to dance at the pixie party but Sephie touched a toadstool and fell asleep.”

The pixie witch pokes her head out of the hole. “What silly person gave you a shrinking potion?”

“Bah! I should have guessed. I’ll help your sister,” she says. She wiggles her fingers, muttering strange words, and a bulging bag follows her out of the hole. “And then I’m going to go and give that wizard a good telling off!”

Merelda and Tixel follow the little witch back to the village where Sephie lies in the middle of the dancefloor, away from the toadstools.

“You’re awake!” Merelda throws her arms around her.

Sephie rubs at her eyes and yawns. “Have I been asleep?” Before Merelda can explain the pixie witch growls another question that causes the sisters to look worriedly at each other.

“Did that daft wizard give you a potion to put you back to proper size?”

The sisters shake their heads.

The pixie witch grumbles. With another wiggle of her fingers and sprinkling of dust she casts a spell on the sisters. Shouting their farewells to all of their new pixie friends, they begin to grow.

As Sephie and Merelda walk home through the forest they talk excitedly about their night at the pixie party.

It was great fun, they agree, but next time they’ll make sure their plans are better made. And they’ll stay away from all the toadstools.

26 thoughts on “The Pixie Party” 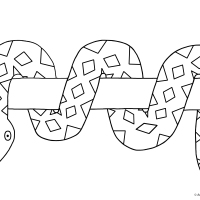